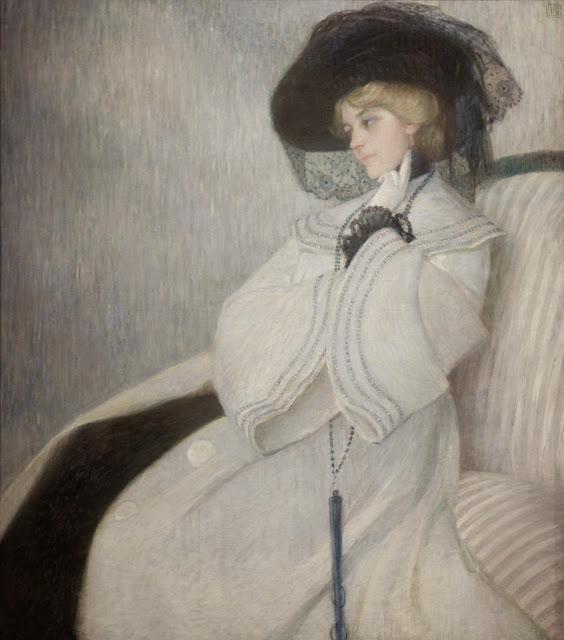 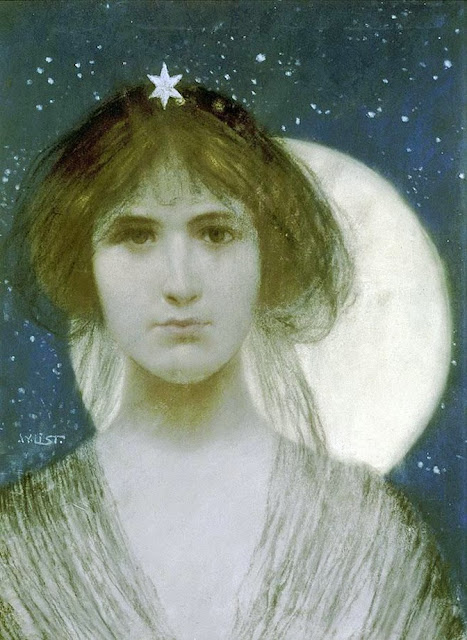 Executed circa 1900, the present work relates to another version of The Offering, in the collection of the Musée des Beaux-Arts de Quimper, France. The latter was lent to the 1986 exhibition Vienne 1880-1938, l'Apocalypse joyeuse, organised by the Centre Pompidou, Paris, and is also illustrated in the exhibition catalogue Le Symbolisme en Europe (Grand Palais, Paris, 1976, no. 96, p. 111). The white roses traditionally symbolise monastic wisdom. The woman making the offering appears to be in a trance. Wearing the robe of an esoteric priestess, her holy status is further underlined by her halo.

Wilhelm List was a pupil of Christian Griepenkerl at the Vienna Academy and, together with Gustav Klimt, a founding member and leading figure of the Vienna Secession in 1897. He published the journal of the Secession, Ver Sacrum, and also executed many designs for this journal. At the turn of the century List's paintings increasingly delved into an imaginary world of fantasy. He took part in all the annual exhibitions of the Secession from the first in 1898 to the last in 1905, when he, together with Klimt and a group of artists around them left the Secession because of misgivings over the commercial policies of their new sponsor, Paul Bacher.
List was one of the closest of Gustav Klimt's followers in the Secession. While close to Klimt in style and subject matter, his symbolist paintings generally tended to be more dreamlike and detached, as evident in the present work. 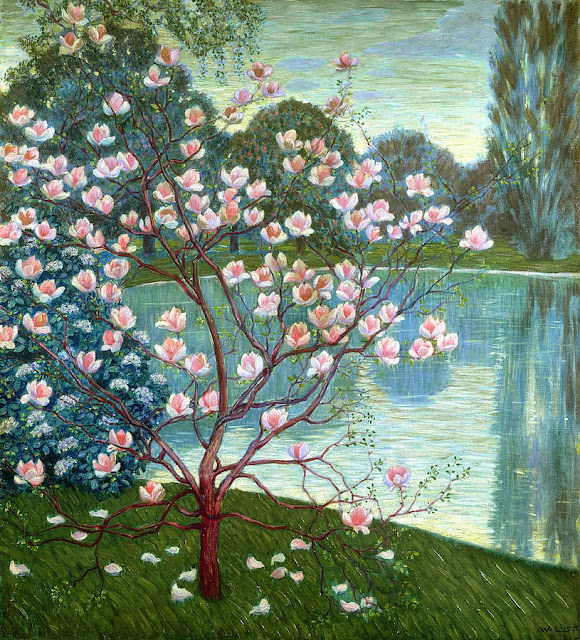 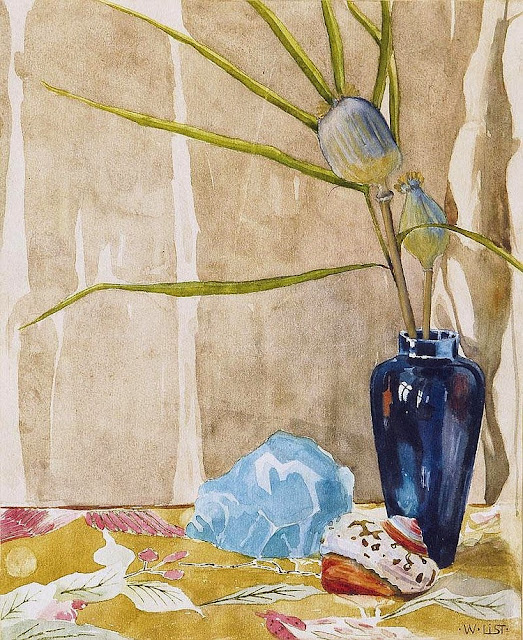